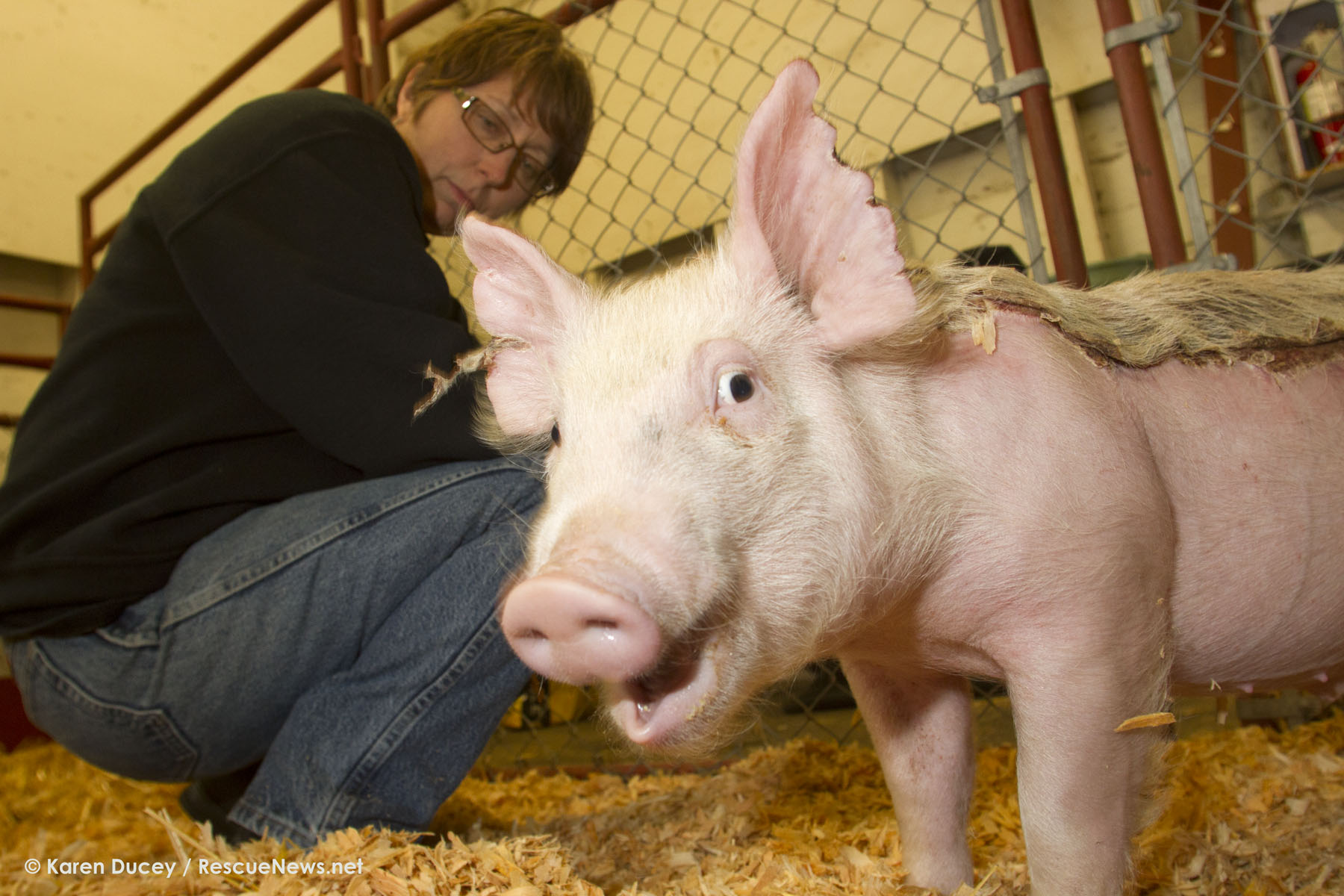 Tom, a Yorkshire piglet who was injured in a barn fire at the Washington State Fairgrounds several weeks ago, is fed marshmallows injected with antibiotics and anti-inflammatory medicine at the fairgrounds in Puyallup by Susan Becker on May 5, 2014. Tom was badly burned along his back and ears. It has developed into a large scab. Becker is co-superintendent of the Traveling Farm and cares for Tom and other animals in the barn. Once healed Tom will be returned to his owner, Kyler Young, who is using him as a breeding boar at his families' farm, Proverty Hill Farm. The farm has over 600 pigs on it which they sell to 4-H kids. Tom originally came from a farm in Anacortes. The Young's paid hundreds of dollars for him. Becker says the fire fighters worked really hard to keep the animals alive.