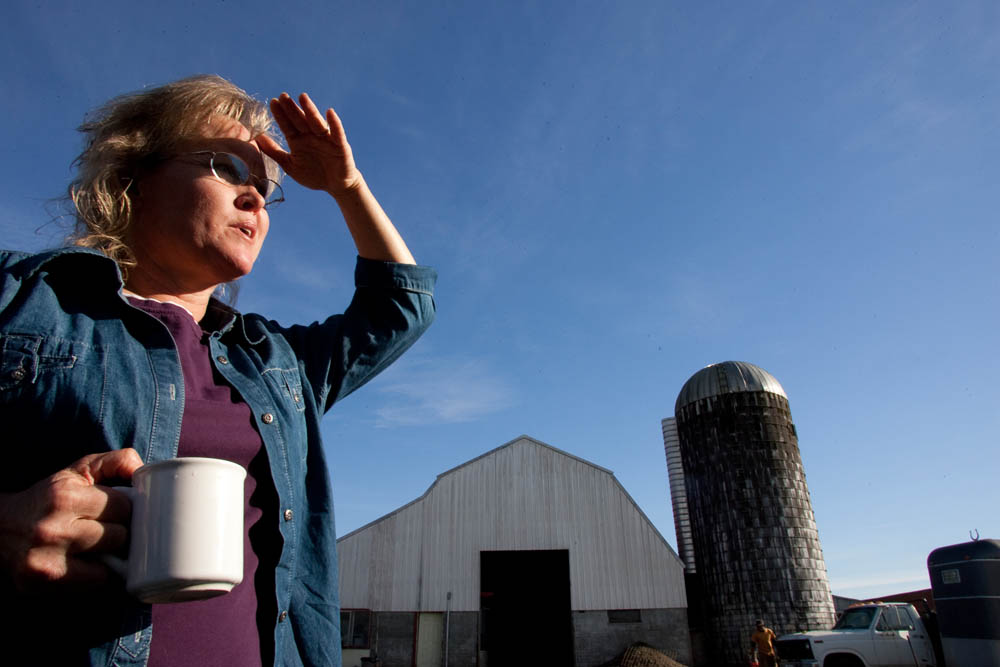 "Help me out. Don't just try and kill me." artisan cheesemaker Kelli Estrella says about her frustration dealing with the the Food and Drug Administration at the Estrella Family Creamery in Montesano,Wash. on November 4, 2010. The FDA ordered the Estrella Family Creamery in Montesano,Wash. to stop processing cheeses after it found listeria bacteria on some of the cheeses this year. The family says they have made many renovations on the farm and the bacteria is only found on the soft cheese, not everything. They believe they should be allowed to resume making cheese and sell the hard cheeses they have already made at the facility. The creamery is one of Washington’s most famous artisan cheese makers. (photo credit Karen Ducey)