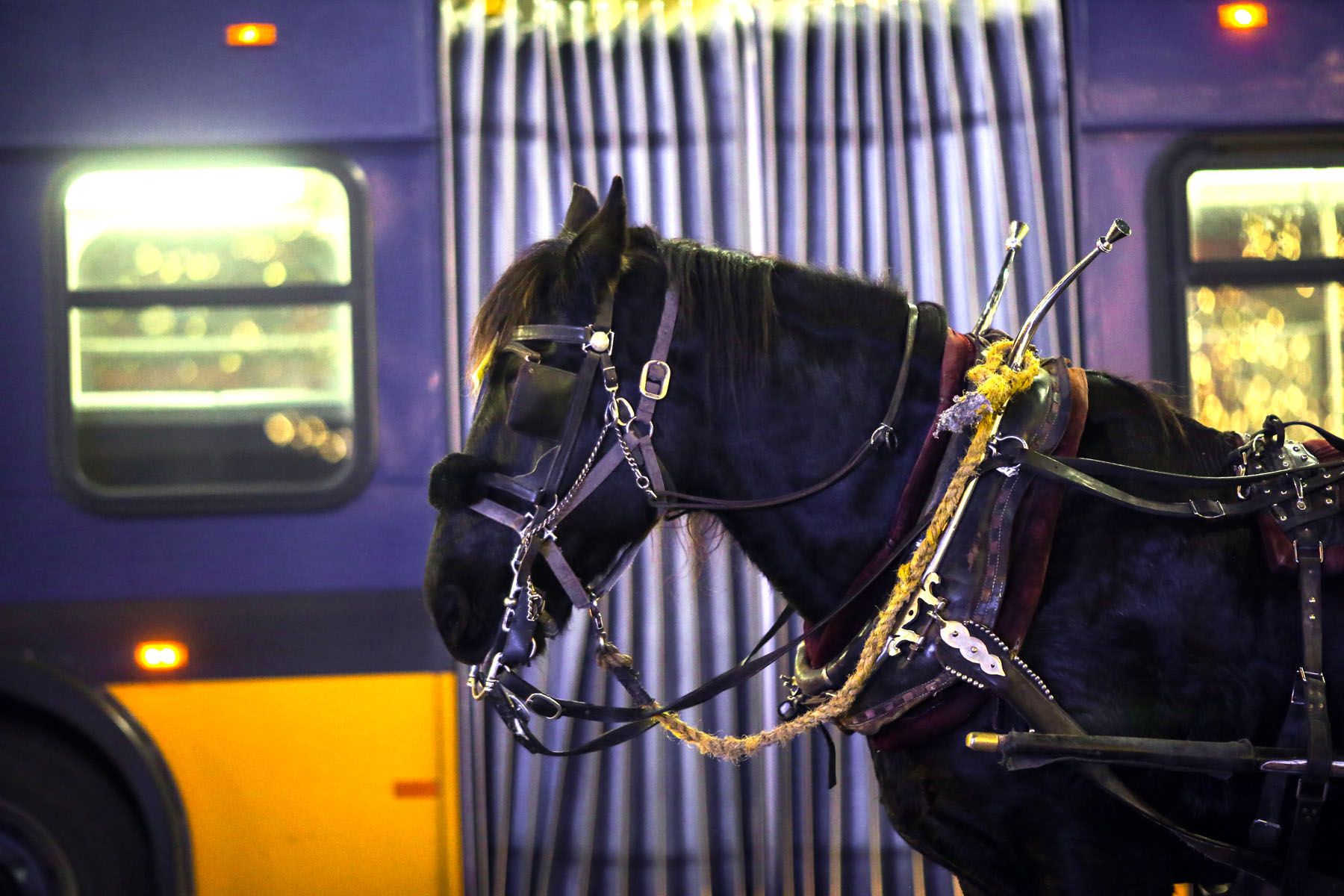 Amos, an 11 year-old Percheron draft horse wearing blinders to block his vision, gets nervous around buses but doesn't mind other city noises according to his owner Steve Beckmann of Sealth Horse Carriages in Seattle, WA on December 9, 2017. Beckmann says he was the first horse and carriage business in Seattle and now, 42 years later, he is the only one left. (© Karen Ducey)